Every year, employers with more than 250 employees are required to report their gender pay gap. This report summarises our gender pay gap based on the snapshot date of 5 April 2018.

Omega PLC are committed to fair pay to support our equality policy. Equal pay and the gender pay gap both deal with the levels of pay males and females receive at work and are both very important but are two different measures.

The gender pay gap shows the difference between the average (mean) hourly earnings of males and females across all roles in the business. This is different to the statutory requirement for equal pay, which legislates that the same rate of pay must be given to males and females performing at the same level, where the work they do is the same, similar or of the same value.

All hourly paid staff and certain office roles are paid the same rate regardless of their gender. Gender is irrelevant to our decisions on pay. Bonus qualification is applied equally to males and females.

Proportion of males and females in each quartile pay band:

There is a greater gap in favour of males in the median bonus gender pay gap, which is attributed to the higher proportion of males (16%) than females (3.1%) employed in positions which attract a higher bonus earning potential such as in management and sales roles. 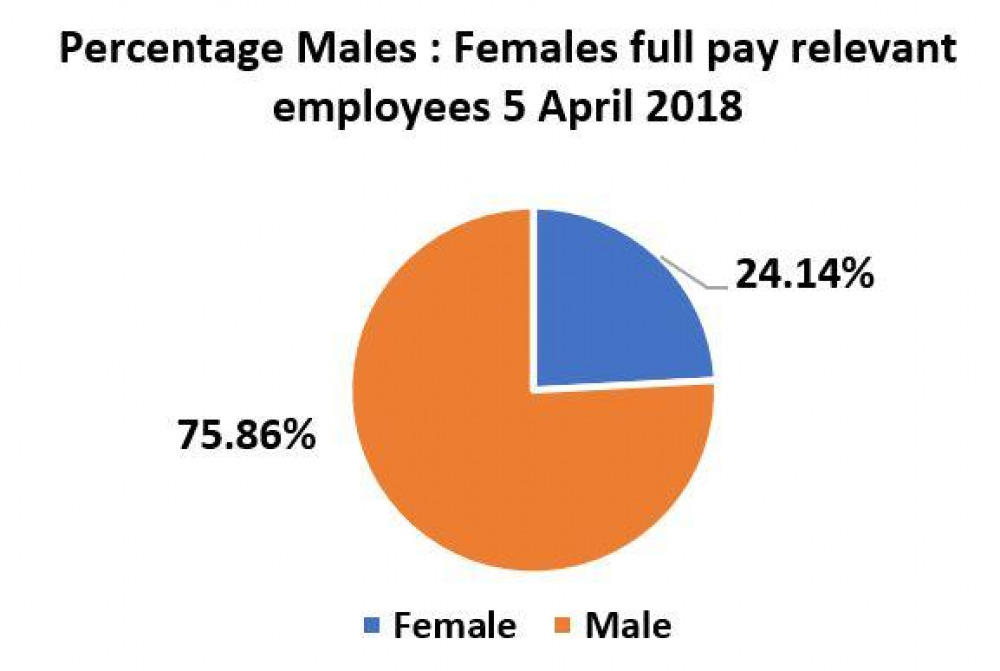 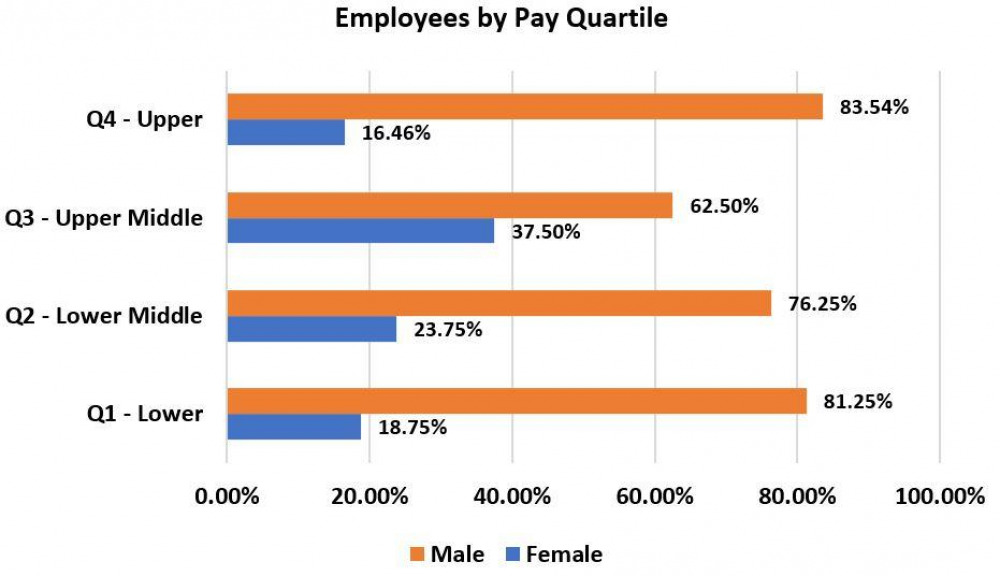 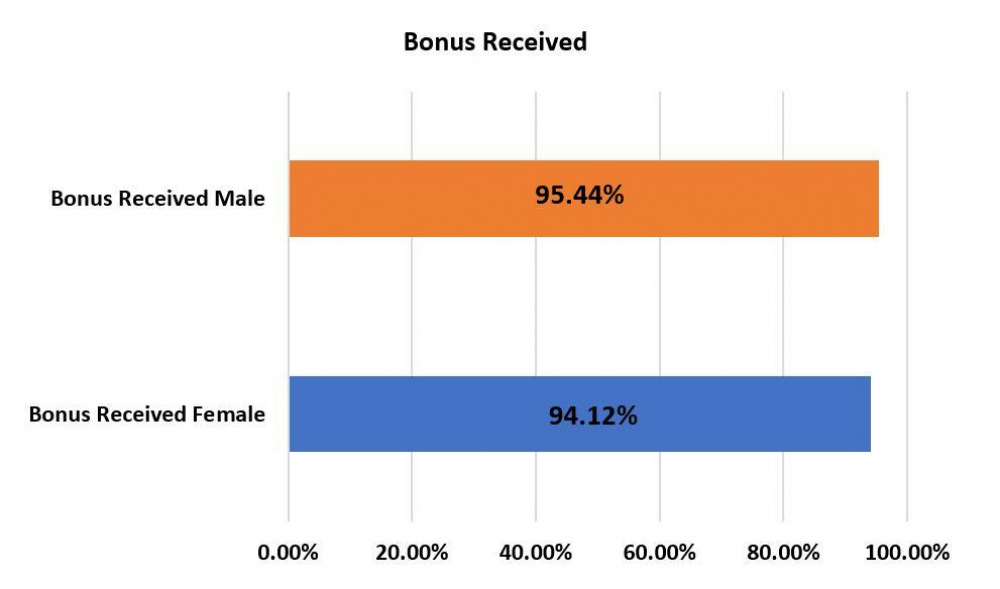